In the original Star Wars from 1977, Obi Wan Kenobi is the wise old sage trying to mold young Luke Skywalker, the titular new hope, in to the Jedi who will save the galaxy.

It was too hard for Skywalker to understand a war on a galactic scale, or how he could win it:

It’s not that I like the Empire; I hate it, but there’s nothing I can do about it right now. It’s all such a long way from here.

Luke watched Obi Wan sacrifice his life in a lightsaber battle with Darth Vader. This made the war personal– from that point on Luke was fighting to avenge Kenobi. He would win it for Kenobi. As Kenobi prepared to give his life, he told Vader:

You can’t win, Darth. If you strike me down, I shall become more powerful than you could possibly imagine. 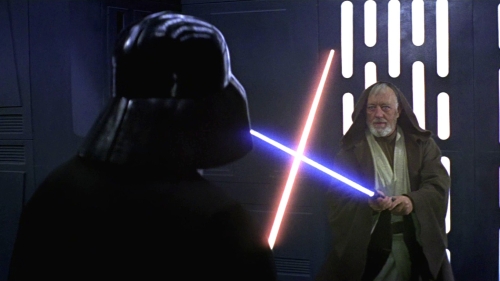 If you strike me down, I shall become more powerful than you could possibly imagine.

One can imagine Tendulkar saying the same thing to Sanga and Malinga as he lost his wicket at the top of the innings. At that moment, even though he didn’t intend it, Tendulkar gave the rest of the team a reason to win it. They had said that they would do it for Tendulkar. Now they had to prove it. Tendulkar wasn’t going to do it for them.

By not holding their hand across the victory line, Tendulkar effectively ushered in the next generation of Indian cricket.

With a quote that will be repeated for a million years, Kohli effectively stated the same:

Tendulkar has carried the burden of the nation for 21 years. It is time we carried him on our shoulders. 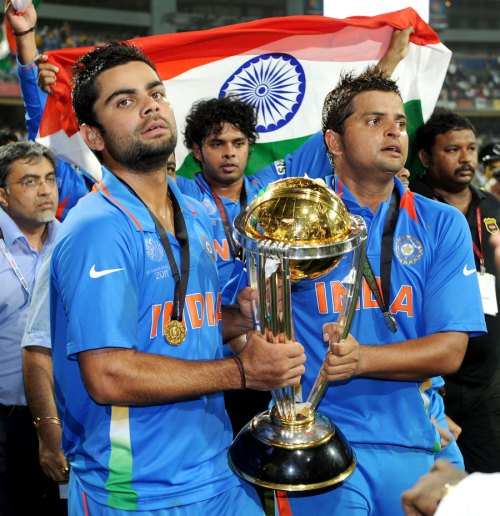 Kohli and Raina were in diapers when Tendulkar made his debut

One Comment to “Tendulkar Pulls an Obi Wan Kenobi”