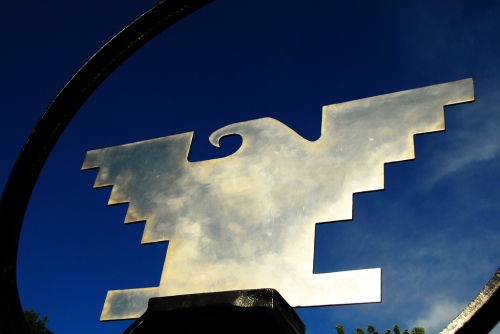 For the past week, as I’ve thought and read and written about the ICC F&CA position paper, a voice in my head kept say, “uh oh, Samir’s future is here”.

If you who haven’t read Samir Chopra’s seminal Brave New Pitch, but care deeply about the issues brought up by the ICC position paper, then stop reading my blog and go read Samir’s book.

Done? Good, I’ll take your word on that.

This morning, I remarked on Twitter that it was unfortunate that so little analysis had gone into the impact of the ICC F&CA position paper on the labor market.

What I really meant to say was that Samir had done the analysis in his book, but in the context of the position paper most writers were neglecting the players.

From chapter two of Brave New Pitch, “Patriots or Professionals?“:

Cricket’s modern dispute about sports as entertainment or business, about nation versus franchise, does not mask the fact that the cricket player needs to be paid for his services and treated as a professional, something the cricket world is yet to fully realize, especially when that tired old term of abuse, ‘mercenary’, gets trotted out, and whenever allegiance to the nation is questioned.

There is a widely held belief that a world dominated by franchise cricket is entirely undesirable–for fans, for players and for that amorphous blob, the game.

Well it may be bad for some fans– top quality cricket may disappear from some corners of the world. But really how bad could it be to remove the nationalistic sentiment from most top-level cricket?

Take it away, Samir:

The most positive outcome of cricket’s move away from a nation-based organizational structure to a city-based professional league might be an emotional detachment from the nation-based game. [..] The entrenchment of nationalistic sentiment in cricket is particularly visible when national character, or a particular nation-wide psyche or characteristic, is praised (or blamed) for success (or failure) in cricket[.]

The IPL, and other similar leagues promise the opportunity to appreciate cricket. Just the sport, without the baggage of where you were born, and whose father’s wars you are still fighting.

Not only that, as Samir points out in the book, the BCCI’s battle with the ICL showed that nationalism was a really shaky concept in cricket to begin with–“why a player owed a ‘duty’ to his ‘nation’ when playing cricket for a national board, rather than the more mundane responsibility an employee bore to his employer.”

Also, a franchise-driven sport may be bad for the game, depending on what format of the game you prefer. But I’m not so sure it’s bad for the players.

I don’t know what it is you do for a living, dear reader, but whatever it is, since you are affluent enough to be reading this, I think it’s safe to make the following assumptions about your job (unless you are self-employed, you blessed creature):

Together, these protections and freedoms make you an empowered employee who can often better her situation without fear of retaliation. Sure, some of these freedoms may be weak where you are, and others may be difficult to exercise.

Well, international cricketers often have none of these protections. There is a monopsony employer, who cannot be negotiated with, is often vindictive and will not bargain in good faith. Since the BCCI is the only employer of cricketers in India, then you cannot have a dispute with them.  (really, this is all in Samir’s book. You haven’t read it? What in god’s name are you still doing here?)

This is where franchise-based cricket (potentially) provides players with more leverage. There is an international market for cricket talent, and–as long as there is competition to the IPL–there are prospects of a competitive labor market. In the past, if KP didn’t get along with Flower, his career was over. Now he can prolong it through franchise play. Imagine if you could lose not just your job, but your entire career over a single petulant manager.

Many people read my Cricket in 2025 piece as a doomsday prediction, but I never intended it as such. In fact, the part I hope comes true the most is that players across the world would be free to choose employment based on where their skills were most valued, not on their nationality. Being an Afghan fast bowler is no reason to be poor.

If the ICC meeting this week ends up largely demolishing nation-based cricket, then so be it. I will weep for the loss of Test cricket, but it might not be a bad thing that venal national boards lose control over the sport.