A Mars Bar at Good Length

Steven Lynch makes a list of the beefiest cricketers in history.

Shane Warne was once despairing of luring Ranatunga out of his crease to maximise the possibility of a stumping: wicketkeeper Ian Healy helpfully advised: “Put a Mars bar on a good length, that should do it.” Ranatunga, whose bat once sported an advert for “Sam’s Chicken and Ribs”, shot back “if you do, I bet David Boon will get there first”.

And some epic bit of sledging from the portly Jimmy Ormond:

[Ormond was] berated by Mark Waugh as not good enough for Test cricket, he replied: “At least I’m the best cricketer in my family.” 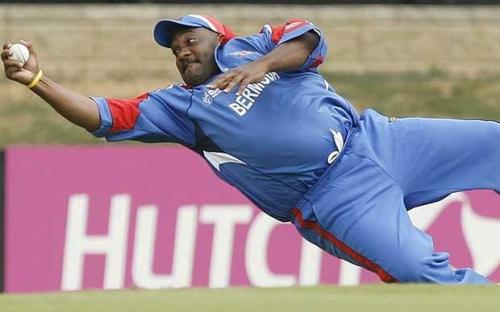 One Comment to “A Mars Bar at Good Length”