The Most Entertaining World Cup of All Time

I think this has been the most entertaining World Cup of them all, and not just because my team won. Even before the semi-finals, the entertainment quotient had far superseded anything in my cricket-watching life (~1986 – present).

It has only been four short years since the worst World Cup of them all– 2007. Between lackluster group stages, allegedly murdered coaches, and the tragedy of bureaucratic errors in the final, 2007 was so bad that Subhash Chandra of Essel Group wrote and paid for the obituary of the one day format when he hatched his plans for the Indian Cricket League. The BCCI soon wrote their obituary for the nascent ICL, and the Indian Premier League was born.

And now, we have had the best World Cup of all time– brought to us by the same bungling ICC, in spite of a largely unchanged format. The question is: what made this World Cup so special and how can we make sure this happens again? 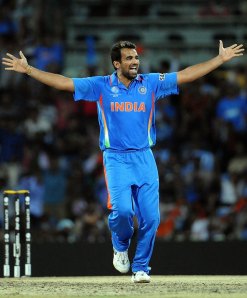 In every match, barring India v. Bangladesh, the bowlers had a significant role to play. Far from killing bowling, the Twenty20 format has fostered variation in bowling and captaincy around bowling. Couple that with the batting disaster known as the batting powerplay, and you have a World Cup where bowlers always fancied their chances.

Here are the statistics for matches between the top 8 teams:

In 10 out of 18 such matches, the side batting first was all out. But these are just raw statistics– if you look at the results of these 18 games, with a subjective reading, more than half were bowling victories. Even in the outright batsmen-centric matches, it was the bowlers that made things interesting:

Throw in the inability to tackle the batting powerplay (which has been analyzed to death) and some smart captaincy around spinners and the second new 34th over new ball, and the batsmen were never allowed to run away with most of the top-tier games.

Playing Above Their Pay Grade

A second reason for the quality of the World Cup was Bangladesh and Ireland performing well above their pay grade. By beating England and remaining competitive in a couple of other matches, they kept Group B interesting until the end. Also, New Zealand played a little above their pay grade in the knock outs to offer just enough spice outside the India v. Pakistan semi-final.

The month-long group stages seemed destined for drabness. Thanks to Bangladesh, Ireland and one other team (below), that month was great fun. They proved me wrong, and I’m happy.

Playing Below Their Pay Grade

The one other team– England. England played only one dull match and that was the match that knocked them out in the quarter-finals. But until then, they played every match exactly opposite to expectations, kept sending players home from injury and generally contributed to an exciting group stage. If only they played to potential, it would have been a more interesting knock-out stage. But somebody’s got to play the part of the jester.

The Fall From Grace

Finally, Australia are no longer as good as they once were. This opened up the field so that everyone considered themselves a contender. India seemed the anointed successors, but few were certain they had it in them until it actually happened. As the quarter-finals began, every single team may have thought they were in with a chance. This is a far cry from the last three World Cups.

So, how do we make sure this happens again? I’m not sure, but here are some thoughts that can’t hurt:

In addition, I think fewer meaningless one day series between World Cups and more cricket between India and Pakistan is a good thing.

I still don’t think this format for the World Cup is ideal– the ICC got lucky with Bangladesh, Ireland and England playing the way they did. The only way they will get lucky again is if there are more than eight good teams in the world.

4 Comments to “The Most Entertaining World Cup of All Time”