How to Win at Twenty20: A Statistical Analysis

As Sri Lanka beat Australia twice batting first, I began to wonder if there was an inherent bias in T20 towards sides batting first, batting second or winning the toss.

So I ran the numbers in StatsGuru, and as always, things aren’t as simple as they seem. 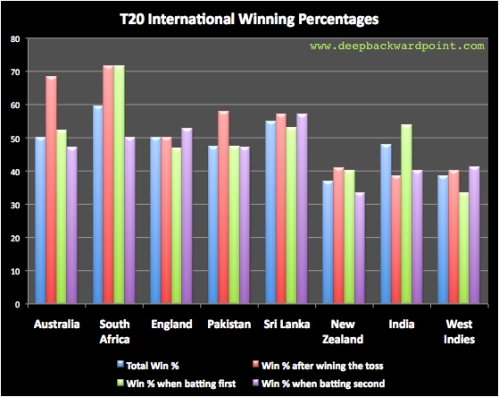 A few things stand out like a sore thumb:

Overall, sides batting first seem to have a slight advantage. This was not true in the IPL, at least anecdotally. I’d love to run the numbers for each IPL, to see how they differ and how they have changed over time.